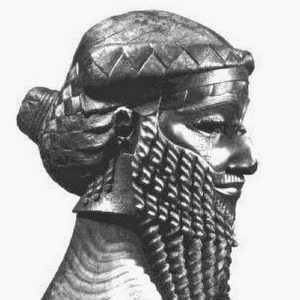 With an extensive network of contacts and decades of experience in the industry across the Middle East and Europe, we assist all our clients in developing publication strategies, refining their voices, and navigating the publishing scene. Whether you require a catalogue for a museum exhibition or a beautifully wrought art book, we take on all the responsibilities and management of a project – from initial briefing to final delivery – to create the image and results in line with your needs.

Focusing on quality, fast and efficient delivery and exceptional standards, Akkadia Press offers companies, cultural institutions and universities the chance to showcase their brands – and tell their story – in an innovative, upmarket and creative way. To find out if we are the right match for your publishing requirements, or if you have an exciting project you’d like to talk about, please contact us.

THE STORY OF AKKADIA

Centred on present-day Iraq, the Akkadian Empire is best known for its fighter-warrior ethos, as represented by its most famous king, Sargon the Great. In many ways it was a Sparta of the East, established more than a millennium before that Greek city, with an empire that extended across the entire Fertile Crescent thanks to its formidable military machine.

Akkadia, however, developed a very intimate cultural symbiosis with the Sumerians, whose territory Akkadians cohabited, resulting in a golden age of artistic, scientific and religious endeavour. In many ways, the story of the spread of Akkadia has parallels with the later rise of Rome, whose strong attachment to Hellenic art shaped Roman identity, and also with the rise of Islam and the cultural renaissance of the 10th to 13th centuries.

NAŠPARTU AKKADIM | Akkadia Press in the ancient script of Neo-Assyrian, a derivate of Akkadian, which was spoken in Mesopotamia c. 4000 BCE: našpartu is an approximate translation of the relatively modern ‘press’ and akkadim denotes ‘of Akkadia’